China Ceramics Pioneers List is jointly hosted by CTW and China Ceramic Industrial Association. CCPL is regarded as the Oscar of Chinese ceramic industry, which aims to encourage the enterprises of the industry to enhance their competitiveness with innovation.

For the 14th CCPL, the enterprises can submit their required materials on line by a click on the link of CTW’s page for the first time. It has been revealed that, more than 170 enterprises have participated in the 14th CCPL. The Secretary General of China Building Ceramics & Sanitaryware Association of China Ceramics Industrial Association Huang Xinhong, the executive vice-president of Xianyang Research & Design Institute of Ceramics Li Zhuan, the visiting professor of Jingdezhen Ceramics Institute Xu Ping, the associate professor of Guangzhou Academy of Fine Arts Wei Hua, the director of the administrative committee of CTW Lin Xinliang served as the judges.

In recent two years, under the guidance of the Belt and Road initiatives, some enterprises lead the way to explore the foreign market and made contribution to the development of Chinese ceramic industry. Therefore, the organizing committee of the 14th CCPL has created a new award, Pioneering Award for the Belt and Road. After a fierce competition, Keda Clean Energy Co., Ltd., Marco Polo Ceramics and Xin Zhong Yuan Ceramics won this award.

It is also worth noted that System and Colorobbia and Xaar have won the Award for Contributions to Technology as they have constantly tried to provide the best product and service to Chinese enterprises.

See you next year in CCPL! 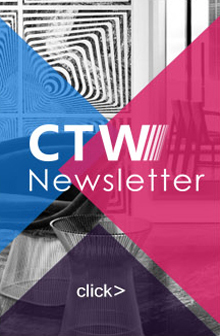 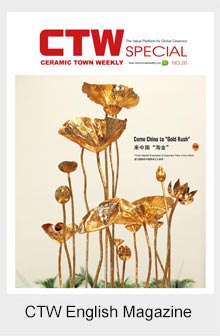